Known as the Belfast Oscars the Aisling Awards celebrate the best of Belfast in the private, voluntary and community sectors. The theme of this years awards was “Lifting the City” following a year of political and economic difficulties. Newington HA was nominated in the category of Positive Belfast for its work in transforming the Limestone Road Interface. 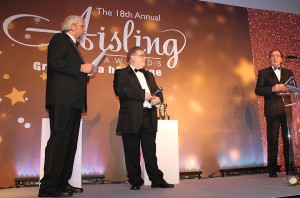 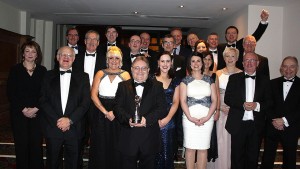 Newington’s investment in what was a derelict North Belfast interface has transformed the area. In September 2014 Newington handed over the keys to more than 70 new homes in the Glen and Parkside areas to tenants. This has already greatly increased community confidence and harmony in the area.

At every stage in the development process, Newington has engaged key partners in cross-community discussions on how to secure a peaceful and prosperous future for the area. A concerted effort on both sides of the interface has injected new energy and a spirit of cooperation that is re-invigorating the Limestone Road.

Delivering the keynote address was Mr Thomas Di Napoli, a Democratic politician and New York State Comptroller. He is responsible for all New York public spending and has oversight of the investment of the £180 Billion State Pension Fund. Previous Keynote speakers have included Dr Michael Higgins Irish President.